You never can tell what is going to prove popular on Flickr and what is not going to be a “hit”. Recently I uploaded a picture shown below of my son which I absolutely love. 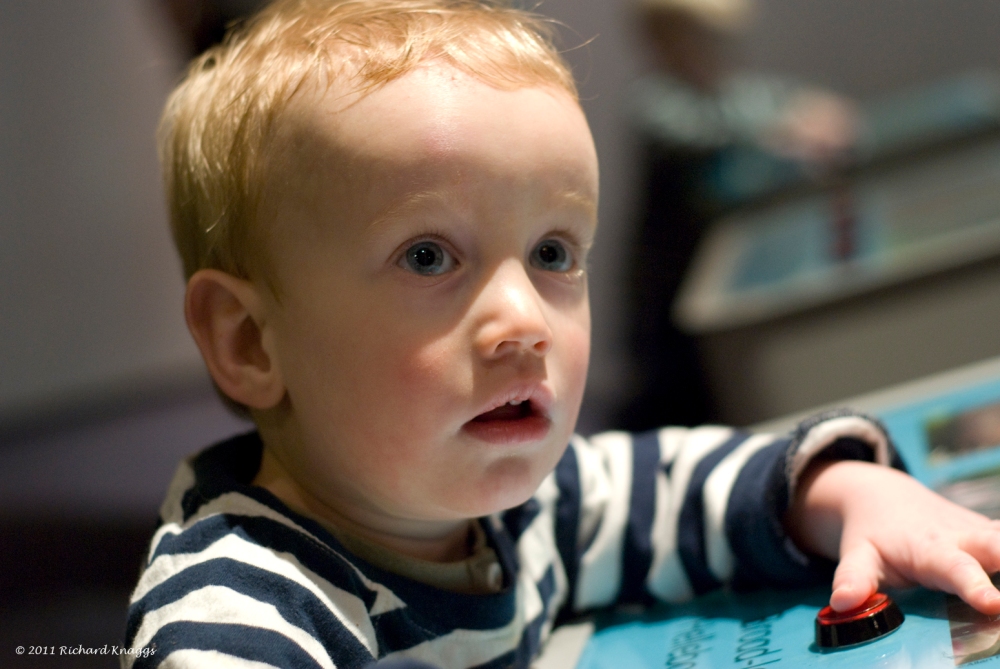 With the expression on his face and with his thumb about to press the big red button I gave the picture the title “Don’t Press That!!!” and added the following description:

What do you want to do? Nuke all of Moscow? Start World War 3? Just leave that big red button alone. Hey! Tell your brother behind you not to pull that lever that says 10,000 volts!

In my opinion it is a great picture (obviously I am biased being his Dad!) with an interesting description that refers you back to the picture for another look, it has a shallow depth of field but the subject of the photo is in perfect focus. I was sure that this would be a surefire hit and was hopeful that it would even make Flickr’s Explore page.

So what happened? Not a great deal to be honest – it got a few views and one comment. Why? I have no idea. Maybe people just look at the thumbnail of shots with kids in and just don’t bother looking any further because most photos of kids which are uploaded to Flickr are simply snapshots from doting parents. Or maybe my photo isn’t as interesting to other people as it is to me. Unfortunately I suppose the latter is more likely.