The West Yorkshire area is littered with architectural wonders from the Industrial Revolution although unfortunately it seems that one more gets burned down with every week that passes. 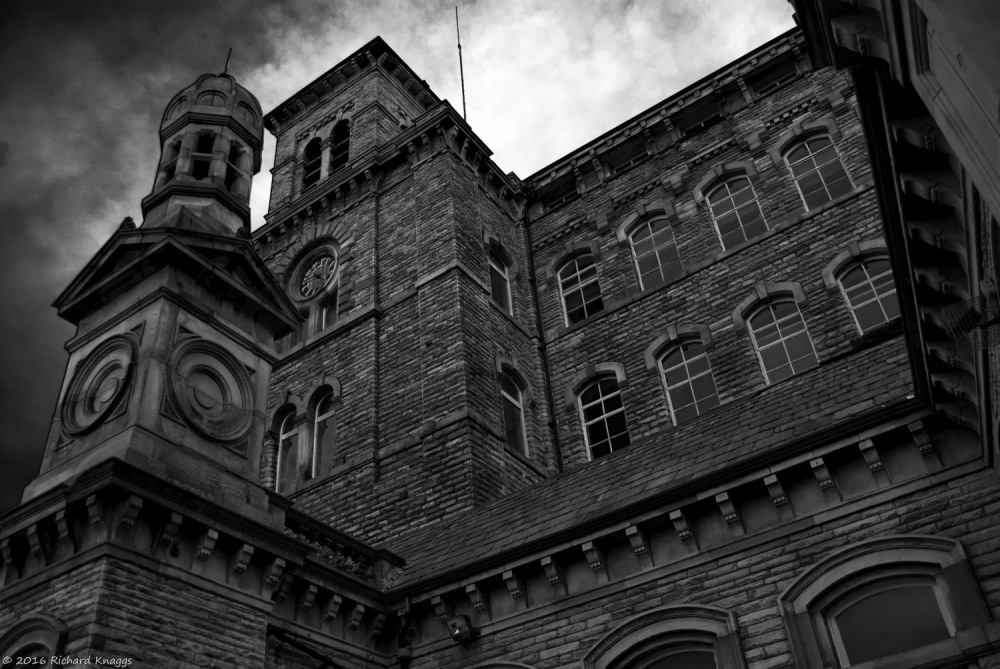 Dalton Mills in Keighley is one such mill which was partially destroyed by fire in 2011 but thankfully the majority of it was saved and is either already thriving or is in the process of being restored.

Built in 1869 Dalton Mills, named after the manager, was once the largest employer in Keighley with over 2000 workers. The decline of the textile industry saw the mill’s importance decline and eventually it became derelict for many years. Recent times however have seen a rejuvenation in the mill’s fortunes and now many businesses are based there. Not only that but because of the size of the site and the amazing architecture Dalton Mills is regularly used as a set for film and television, the latest claim to fame being used for the excellent BBC epic Peaky Blinders. 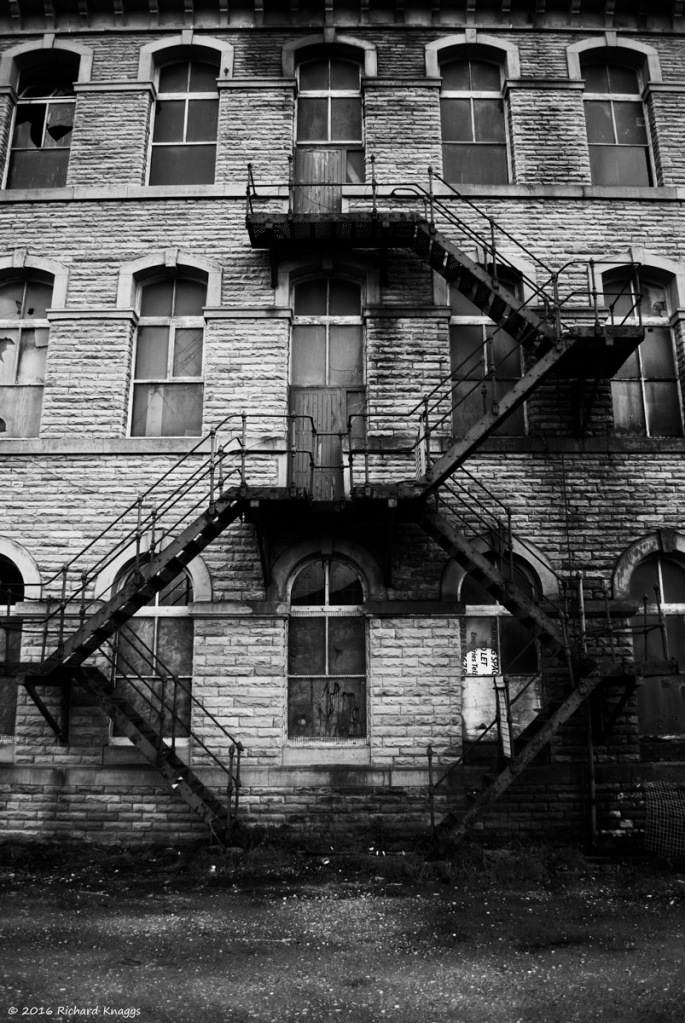 Salt’s Mill a few miles down the Aire Valley may be far more famous but in my opinion is nowhere near as good as Dalton Mills from an architectural point of view. Apart from a few embellishments Salt’s Mill, though impressively large, is fairly plain and seems to have been built as a purely functional building whereas many mill owners used their buildings to show off their wealth to their rivals. Maybe Titus just wasn’t that sort of man. 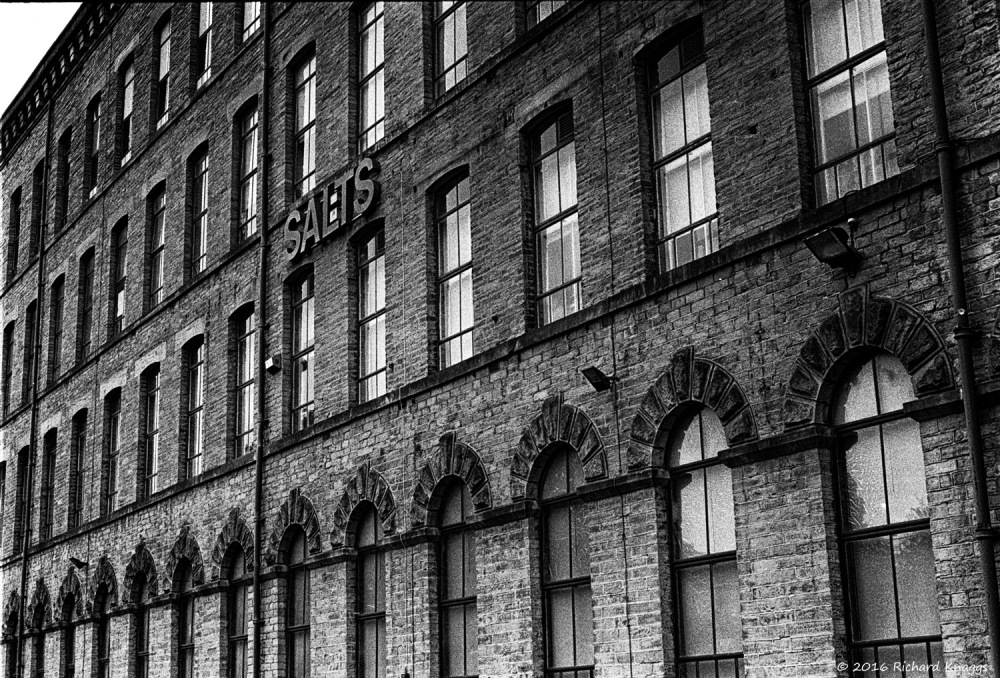 That’s not to say that Salt’s Mill and Saltaire as a whole is not worth a visit with your camera, it most certainly is worth a visit, however there are many other mills in the area that grab my attention more than this one. 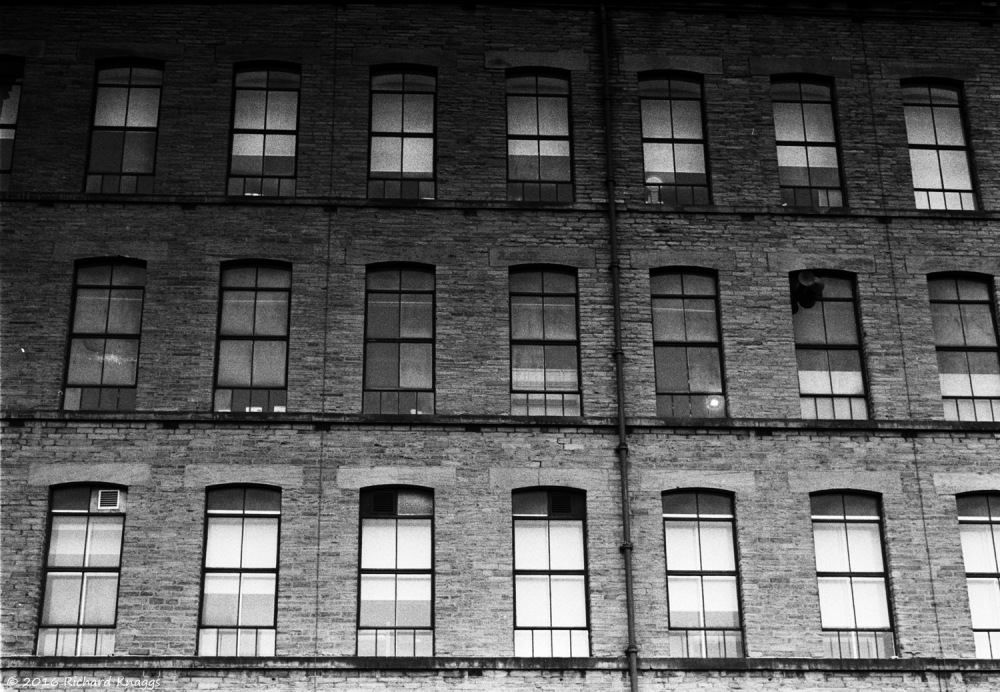 Despite that I do end up taking more photos of Salt’s Mill than any other in the area simply because I visit Saltaire more often and at different times of the day. These photos weren’t my first and I am sure they won’t be the last. 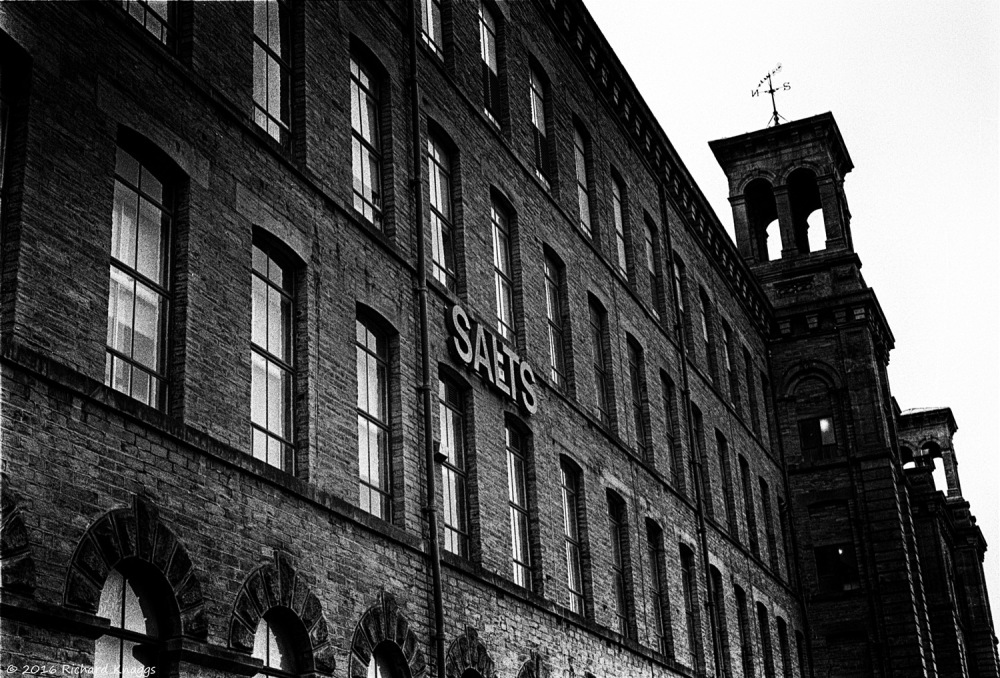